Cloud…something to really depress a hill walker. Many walkers go up regardless, and I can understand that, I have caught the bug, and I love the physical achievement of reaching a summit. But having said that, I can’t feel the achievement is complete if I can’t see anything. If cloud blocks the views, you could be anywhere, and the thought of not seeing anything is really demotivating. 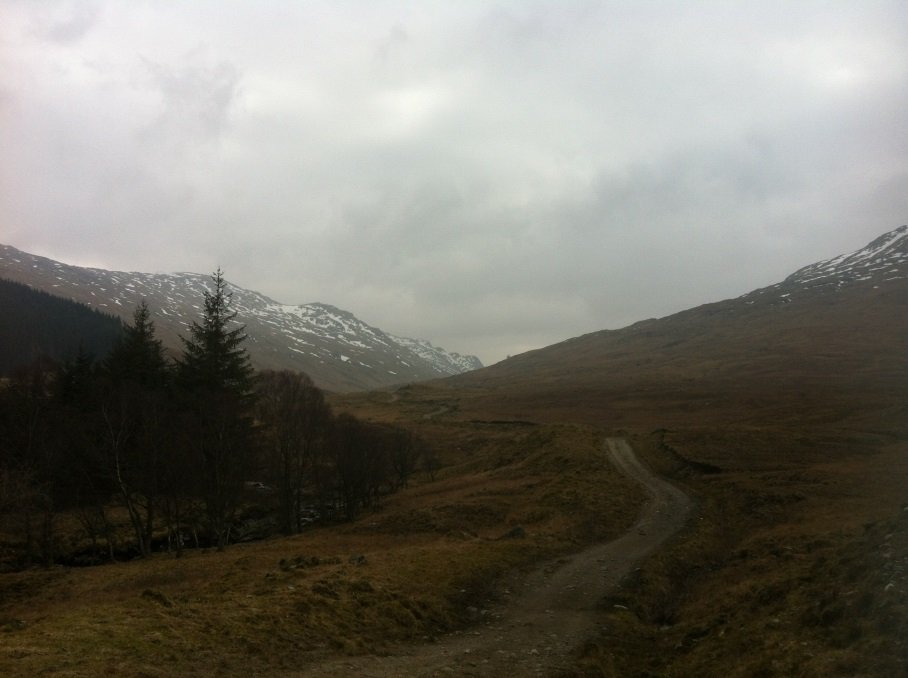 The forecast said cloud, but that is should stay above the peaks. It didn’t look promising when I started. My mood wasn’t helped by the fact I had to negotiate the cow field to get on the track, and also taking the wrong path initially! 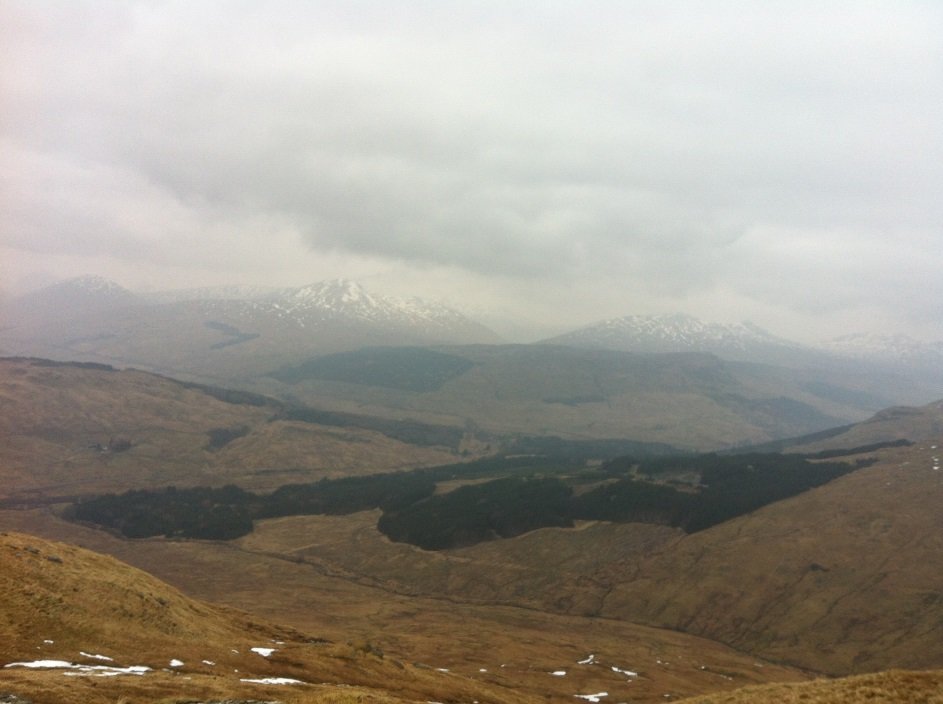 Once finally on my route, the ascent began very quickly, and gained height very rapidly. My eye was constantly on the clouds in the distance. It was almost like they were talking to me, telling me they were going to ruin my day if I didn’t hurry up, so I kept up a brisk pace. 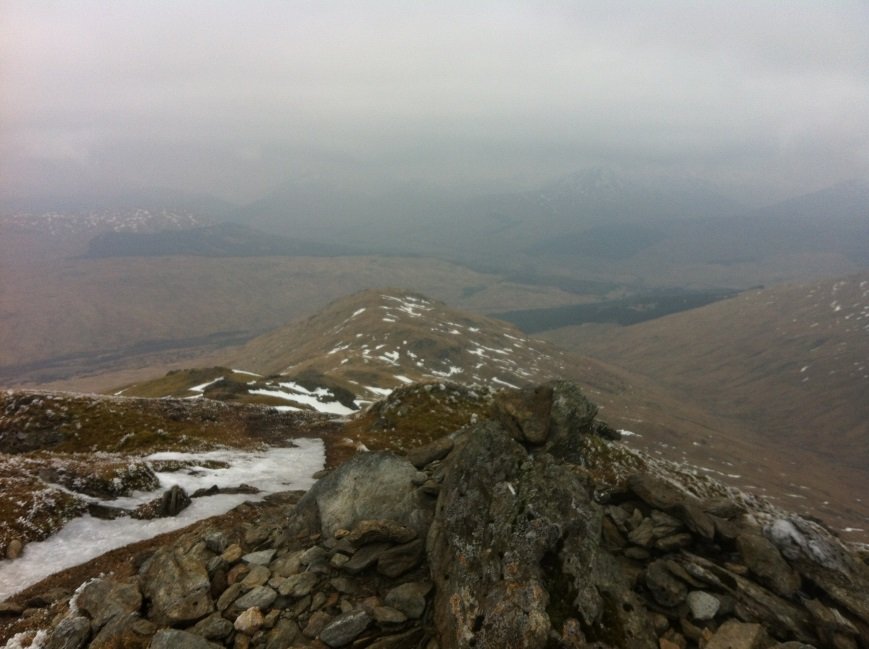 It wasn’t long before I was at the first summit, and upon the ridge. From here on it was a fairly pleasant walk, taking in the views of the snow-capped mountains around about. It was on this ridge that I met my first “Fan”! Two guys on their descent, stopped to chat. Although it was cloudy, it was very warm and humid, so they advised me to leave my bag and carry on to the top. When I told them what was in my bag, the reaction shocked me! “I’ve heard of you!! You’re famous!! Can I get a picture with you?” It may sound vain, but it really gave me a boost to hear that other people had been following what I was doing. We parted ways, and I continued on with a spring in my step, “Did that just happen?” 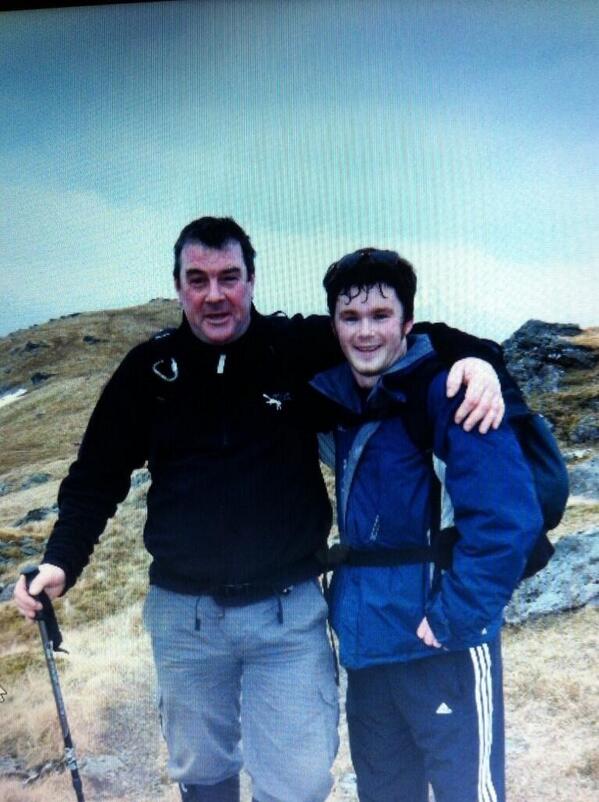 My mood again dropped when on the summit, as my camera phone decided to die! I still do not know what happened, but my phone shut down, and wasn’t for re-starting! Disaster! Although I knew myself I had completed the climb, to me, it wouldn’t count unless I got a photo. I played a couple of tunes, just for my own enjoyment, and packed up my gear, extremely annoyed. I decided to try one last time, and what do you know? It turned on!! Never have I so quickly unpacked my gear, so as to get my photo and video before it decided to go to sleep again! I was lucky I did it quick, as 10 minutes later, it died again. 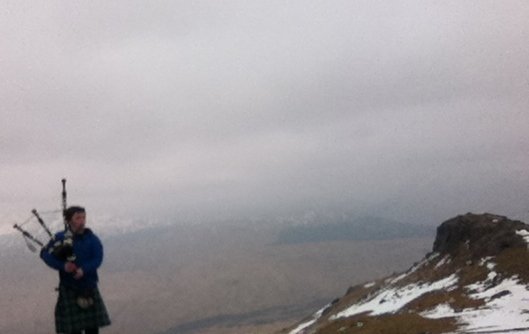 Due to attending a seminar in Glasgow later that evening, I had to rush down the hill. I was able to grab a quick bite to eat at the Drovers inn, which at this point is one of my favourite bars in terms of atmosphere, it really was fantastic.