I had a couple days off work coming up, and the weather had been fantastic. The sun was shining like it was mid-summer, and although it was cold, the air was so fresh. I was desperate to get out walking. The night before, I was at work, planning to go to either Beinn Narnain or Ben Vane the next morning.

Having finished work about 1230am the previous night, and due to be working again at 5pm, I woke up at 9am, thinking, have I got enough time, and mostly, can I be bothered? It had been a long shift the night before, and it promised to be the same tonight! I rolled over in my bed, about to go back into snooze mode, when suddenly I thought “F*** it!” Up I got, through my gear in the bag, grabbed breakfast, and out the door!

I got to the foot of Narnain about 12, and said to myself, wherever I am by 2pm, I will turn back, as I needed this time to get to work. 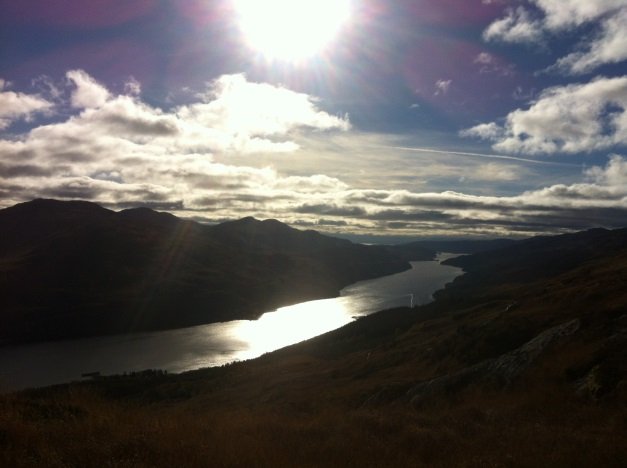 This was my second time on Narnain, so wasn’t stopped too often for pictures. My legs were feeling the effects of work, and I really questioned whether I could do it. About 1/3 of the way up, I passed another couple of walkers. The fact I was able to pass them gave me a funny kind of motivation.

As I gained height, the snow became more prominent. I had purchased some slip on snow grips for my shoes, which were surprisingly effective, so on they went. I soon met two guys, who seemed like experienced walkers. We discussed routes, the whole time, they looked at my feet. It seems you cannot go on the hills unless you have boots the size of bricks on your feet! I was advised not to continue.

Stupidly or probably more stubbornly, I continued. I could see their point to a certain extent, there was snow, but now where near enough to merit turning back. I scarpered up the snow, finding false peak after false peak, until I finally got to the top! 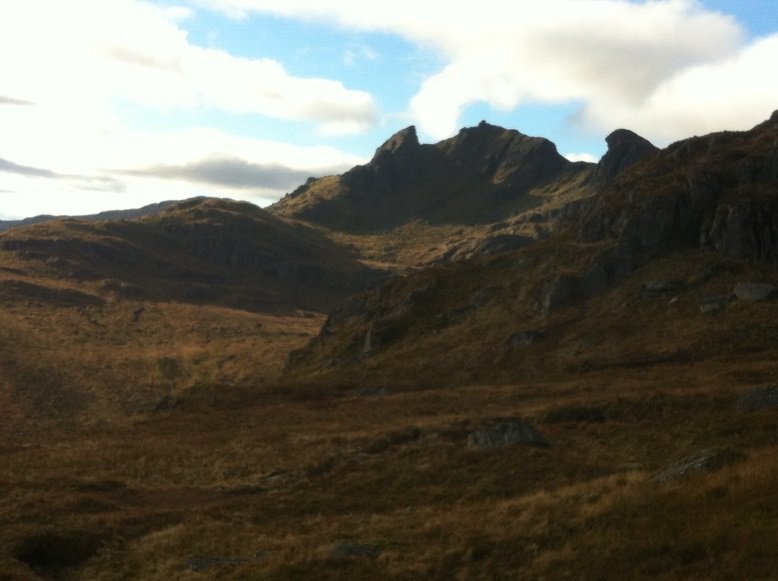 Now was my biggest challenge! Taking a picture and video of myself, with no one to take it! I used the trig point cairn, and spent a little while finding position etc. I then blew up my pipes, and played a couple tunes. To my amusement, I saw a guy running towards me. He heard the pipes and thought he was going mad! He was delighted, wanting to take pictures and videos. Problem solved, he became my camera man for the day. It made his day, it is not something you expect to see when climbing in the Highlands, or maybe I am actually living up to the true stereotype! 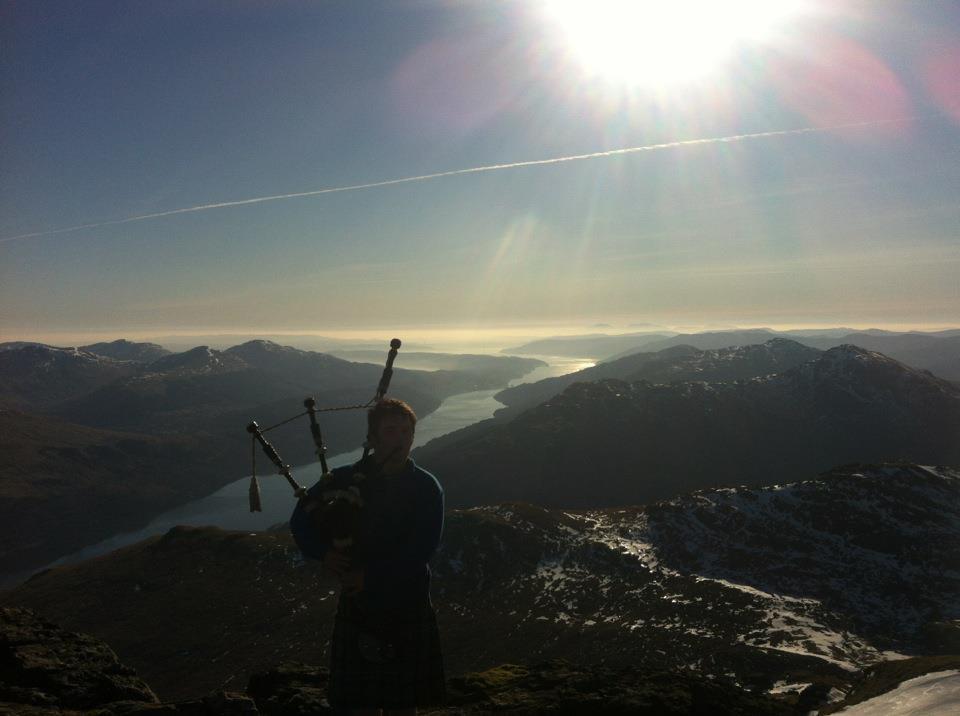 I made it back to the car park for 3.30, and despite traffic jams on Loch Lomond, made it to work bang on 5! Again everyone thought I was nuts, especially coming to work after, but if people weren’t a bit crazy, nothing amazing would get done in the world. I was buzzing!

The next day I was returning home to visit my mum and brother, and any hill walker will know, the drive from Glasgow towards Skye is an Aladdin’s cave of Munros. There is any number there to climb! I made a plan to climb Beinn Dorain and Beinn an Dothaidh, or at least one of them, on my way home. It was a lesson learning experience in terms of planning different routes. Bridge of Orchy was under complete cloud cover, making a climb not worth it, but as I continued north, the tops were clear, but I wouldn’t have time.