One hill that has always stuck out to me, and thousands others, is Beinn Dorain by Bridge of Orchy. There is something fantastic about the shape and imposing nature of this quite beautiful mountain, and for me, it is the gateway to the highlands. Coming round the corner from Tyndrum, and seeing this hill, and nothing by pure Scottish wilderness to the North has always made me feel like I am coming home!

Today was to be my first consecutive day climb, and also my first multiple Munro day, so it was somewhat of a landmark. The mountain was covered in snow from quite a low level, as was its neighbour Beinn an Dothaidh, and being without proper crampons, I feared my ascent would end in failure, but I set off to see how far I could get safely. 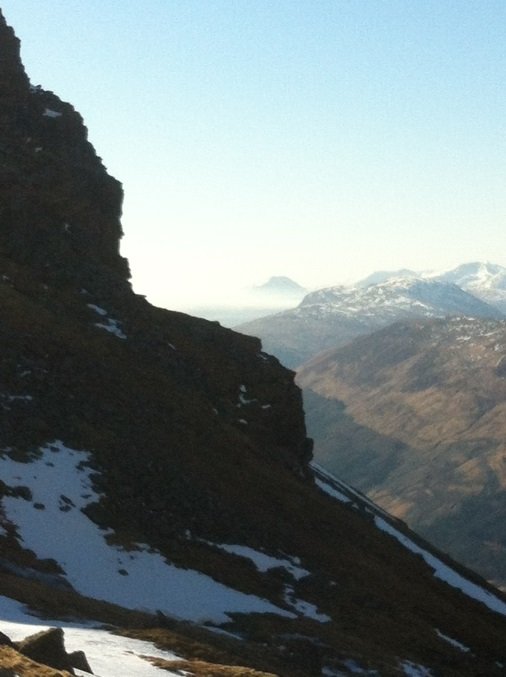 The first part to the bealach in the middle was very straight forward, until the last bit where snow made it difficult. On went my spikes to my shoes, and what a difference that made. I began scurrying up the snow covered hillside like a mountain goat. The sun was striking the snow, and the ground all around was glistening! It was fantastic. Upon reaching the ridge, I was able to try and take in the spectacular views to the North and South, overseeing mile upon mile of stunning, un-developed Scottish wilderness. I couldn’t take in the views, they were beyond words. The snow and the mist over Loch Lomond combined to make a remarkable scene. 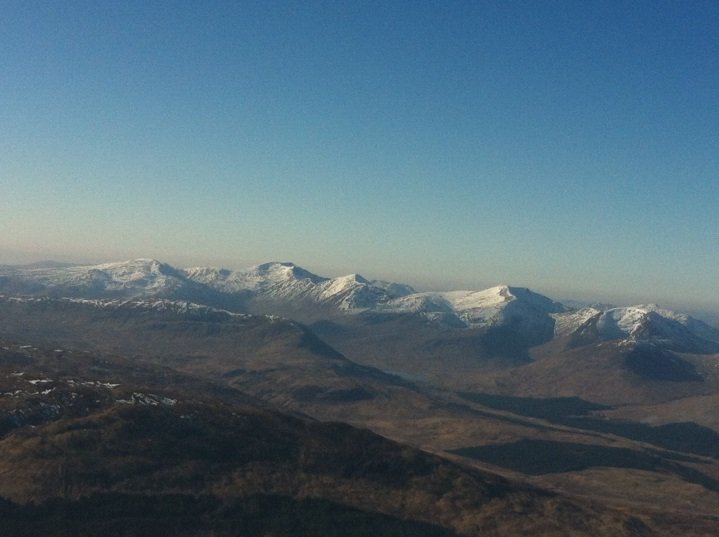 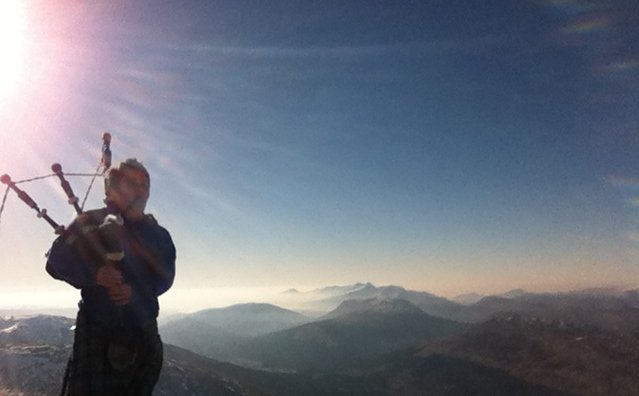 I could have stayed on this peak for hours, and having got my video and photos, I considered staying on the summit, and giving the second Munro a miss. I decided I would regret not completing the two, and would deem it a wasted journey if I had to come back to conquer an Dothaidh.

Munro two of the day was a tough one. Knee deep in snow, which seems a lot deeper for those like me, who are vertically challenged. This was a relentless slog, but with the views of the descending sun giving a totally new perspective. It was a photographers dream! It motivated me to look into investing in a high quality camera to try and capture these moments.

I wasn’t sure which way to head, as there are three peaks, so I head to the West side first. After playing my tune, I came to the conclusion that the middle peak was higher, so I headed to that one. Again, I looked on to the east peak and it looked higher, so off I went. The views over Rannoch Moor were different to the ones from Dorain, but equally beautiful. It’s amazing how many times I have driven through this area, and never seen it from this perspective until now! 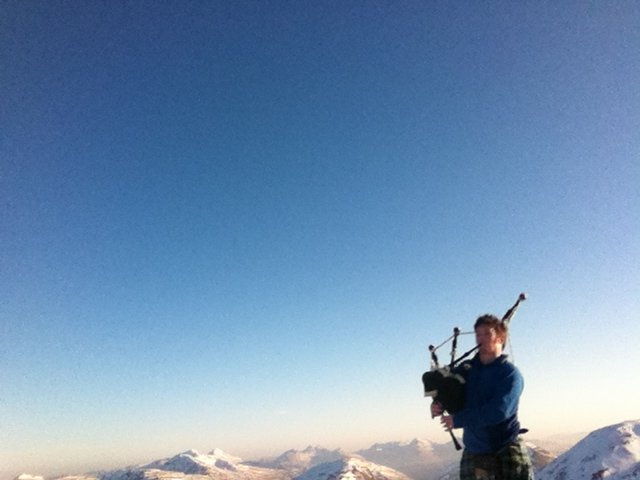 My descent was my favourite to date. The sun setting in the West was nothing short of spectacular! I just cannot understand why some people would rather sit in a pub all day then be out in nature experiencing views like what I was witnessing! 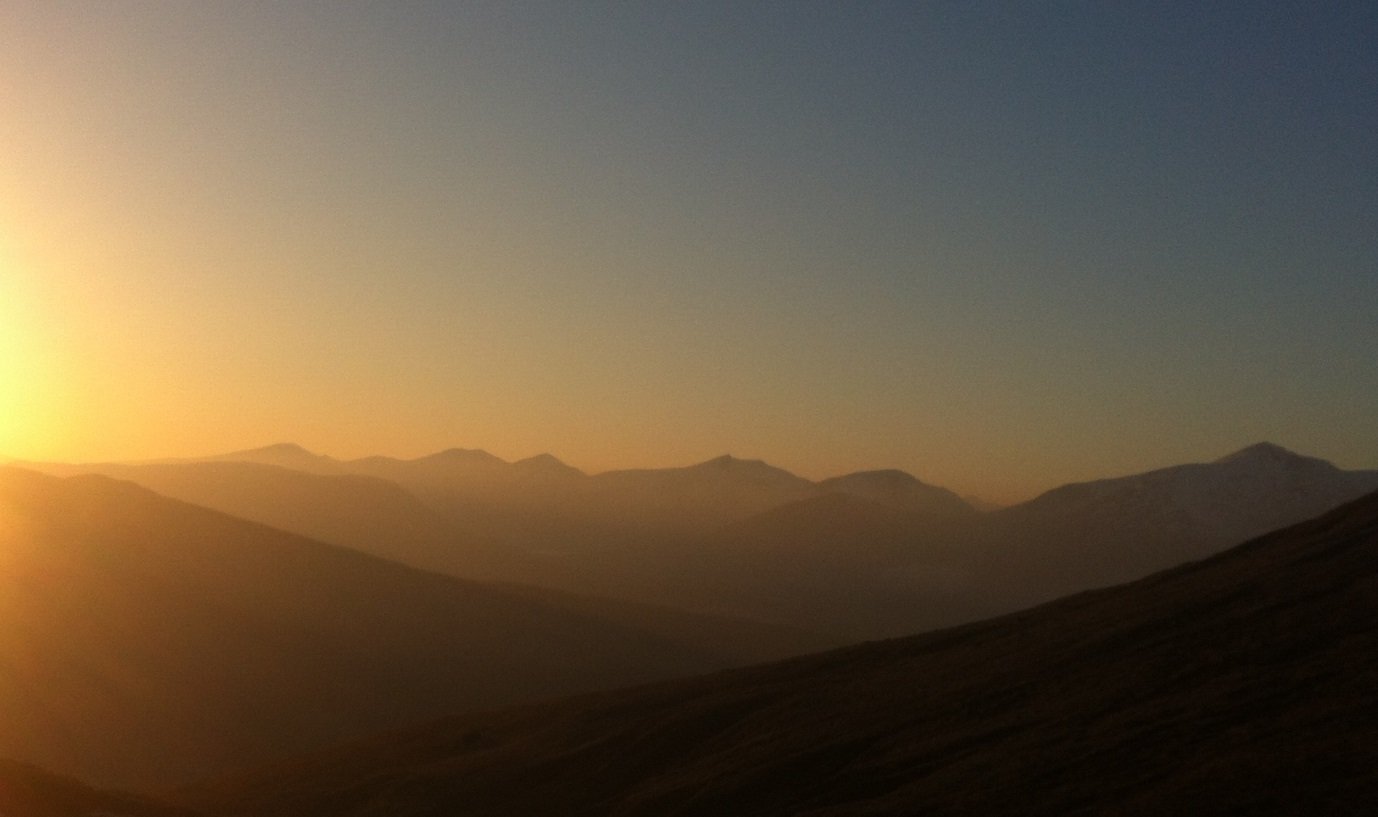 In the Bridge of Orchy hotel, I had a mini celebration, celebrating completing two Munros in a day for the first time! Now for the drive home