When you read reports, and books on Munros, there seems to be a bit of a ratings system. Some a dull, others spectacular, and while I agree completely with the later, in my experience, it is really hard to find a dull Munro. Granted, I have only experienced good weather on the hills. I have no real interest in going up a hill in clag, and not knowing what is where, I respect people that go up in such conditions, they are to be commended on their commitment, my my satisfaction comes from the views from the top…and Meall Buidhe, I have to say, was up there with the best I have seen so far. 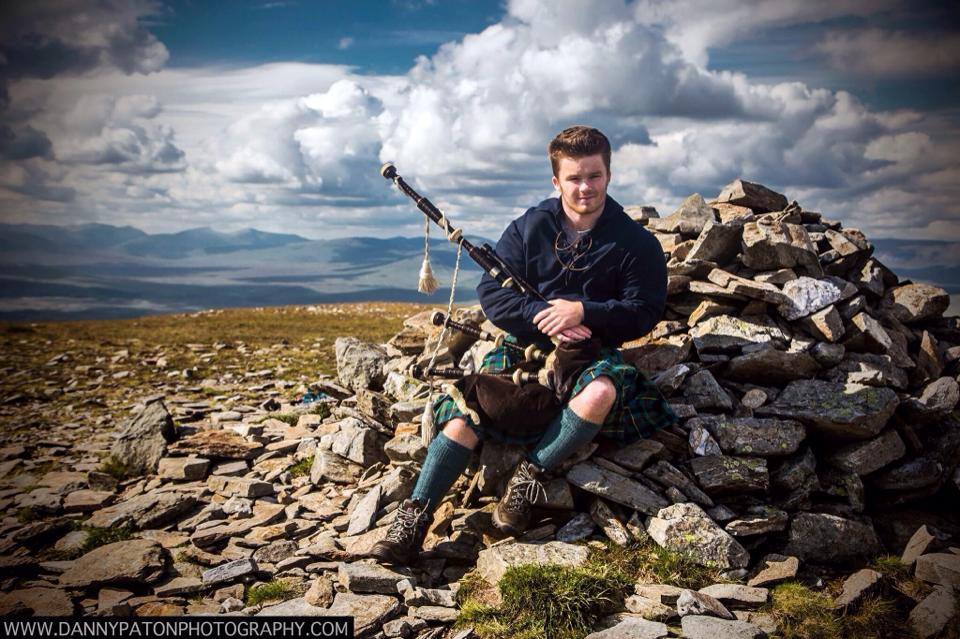 Conquering the mountain with the pipes!

For those who have not been following my story, I am working my way through all the Munros, now up to 42 since last January, and I am playing my bagpipes on each summit. The story has gathered pace, and I have recently enlisted some help in documenting me climbs. My photographer, Danny, came along to climb his first Munro with me. I decided to do Meall Buidhe, due to the reports of it being easier than others, and it didn’t disappoint in that respect. 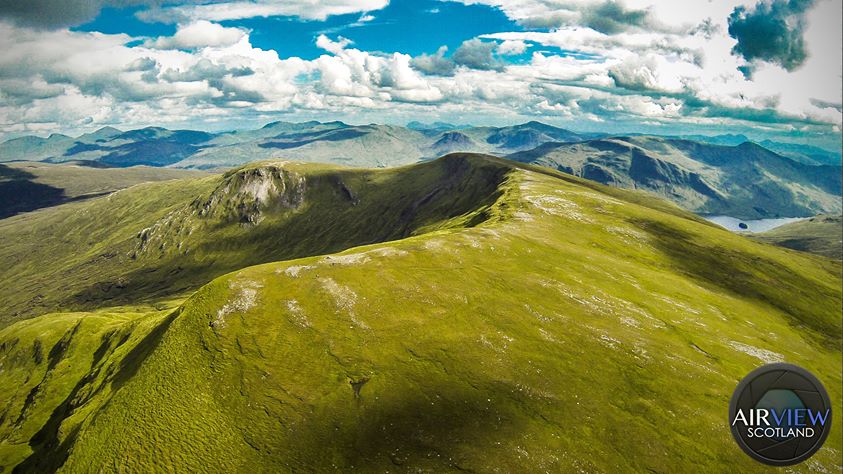 air shot of the hill

What I didn’t account for, despite giving Danny warnings, was his lack of climbing experience, and the amount of kit he wanted to take up. He had a rucksack, weighing close to 20kg, and a case, with his drone camera. So, we took our time, and made our way up.

Nothing to report on the climb really, apart from a lot of bogs. Met a few climbers on the way down. One greeted us by saying “shame we will miss you piping”, my response was “how do you know I am playing the pipes”, and they assumed the case was the pipes, when I told them the pipes were in my rucksack it gave them a laugh. 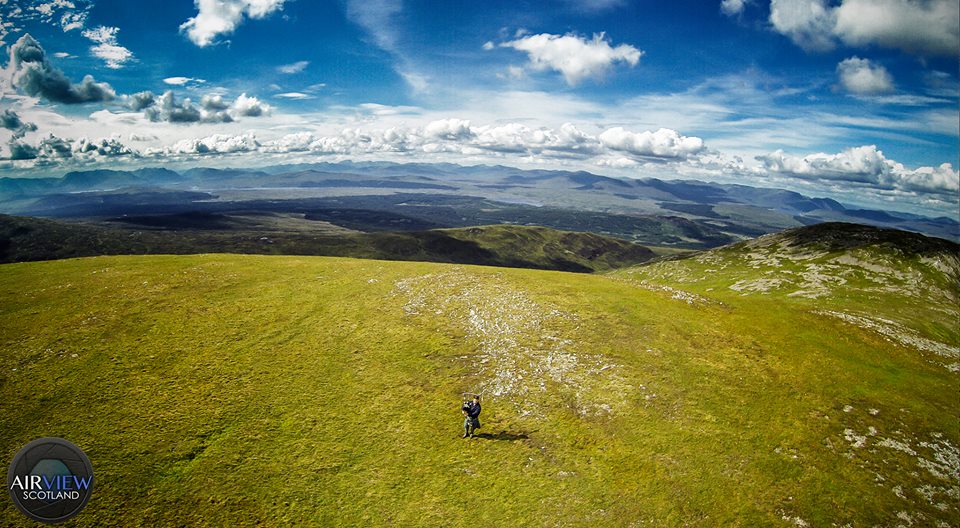 The actual summit wasn’t clear, as there were three tops with Cairns. We decided the furthest away one would make for the better pictures, although it was slightly below the main summit. Danny got his drone camera out, and I started playing. It was quite an experience seeing the camera flying around, buzzing over my head. It was difficult to maintain composure as it was a couple feet away, in fairly strong winds! 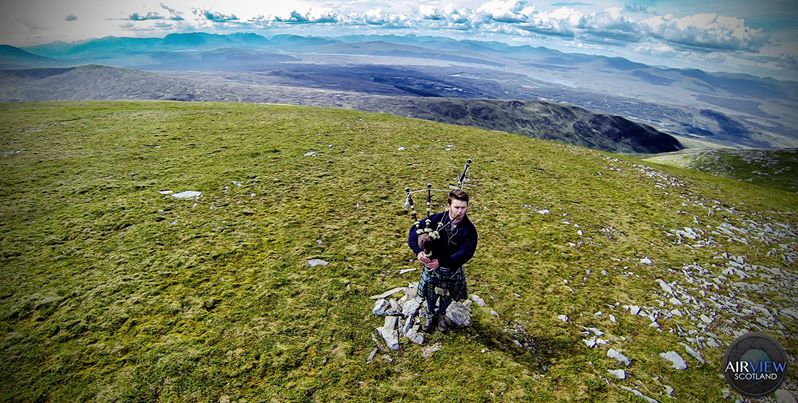 The views over Rannoch Moor, towards Glencoe and Ben Nevis to the North, and Ben Lawers to the South were just unbelievable! There was just the right amount of cloud to give an atmosphere. It really opened Danny’s eyes to the beauty of the country. He couldn’t believe it as we drove away from Glasgow, he had never really seen this part of the country.

Anyway, another Munro Bagpiped! As ever you can follow my pictures on facebook.com/munrobagpiper. Exciting times ahead with my new partner, and watch out for the video footage to come.