One of my duties when home is usually to walk the dog. Mum goes out to work, and I have to make sure the dog has at least 2 decent walks. Simba, is a cross between and jack russell and a collie, and is very small, so usually a little mile walk and chasing a few sticks does the trick. Not today! As Simba jumped in the car, she had no idea what was awaiting her.

The start of the walk was up a forestry track, quite monotonous, and a bit of a trudge. Simba was starting to moan even at this stage, so I wasn’t hopeful. As we got to the end of the track, we had to cross a moor land, which was quite a struggle, but Simba led the way, and I followed her! 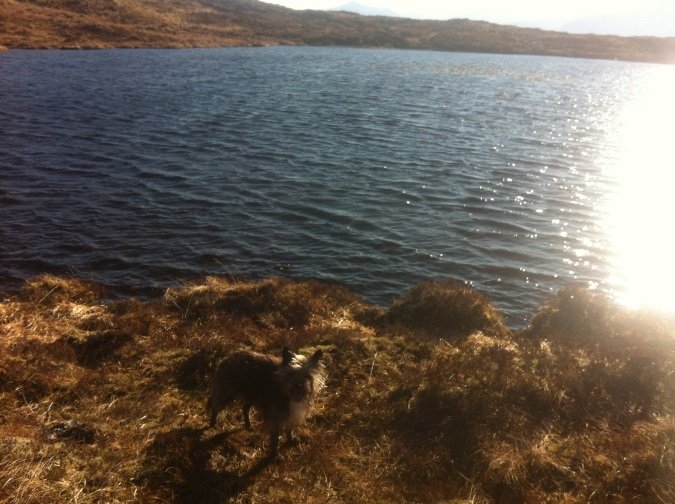 While crossing the moor, I was analysing the best way up the Beinn. Having climbed it several times previous, I was aware there were some bit, especially in snow, that the dog would struggle. The route was pretty direct, once we got on the ridge, and views looking down Loch Hourn were spectacular! 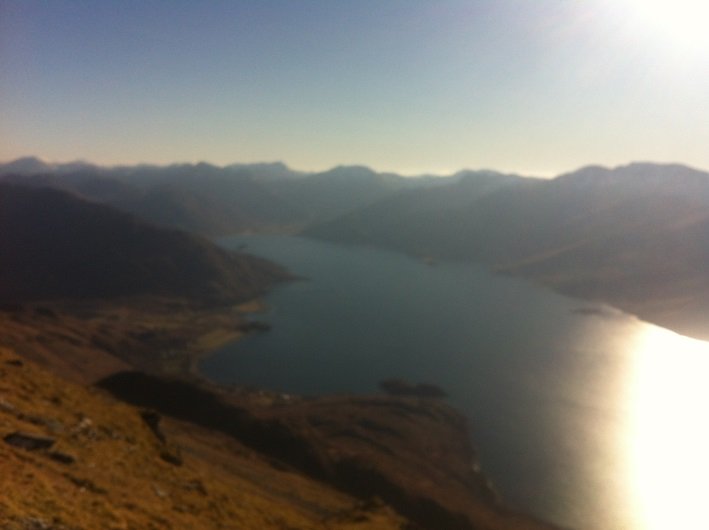 This mountain is the mountain of my childhood. I used to stay with my grandparents at the foot of the hill, and all my happiest memories from childhood come from within its shadow! Arnisdale is a place of many characters and stories, a true remote highland village. Sadly, many of the characters who made it what it was are no longer with us. My Nana, who as mentioned was such an inspiration behind my piping, passed away in 2012, and it was with her in my head, that I climbed today! It doesn’t matter who you are, or where you are, there are certain places in the world, where certain people are ALWAYS with you. Places of happy memories, places of close to your heart, they always give that special feeling, and for me, Arnisdale, and Beinn Sgritheall, will always be that for my Nana, and Papa who still lives at the bottom of the Beinn. 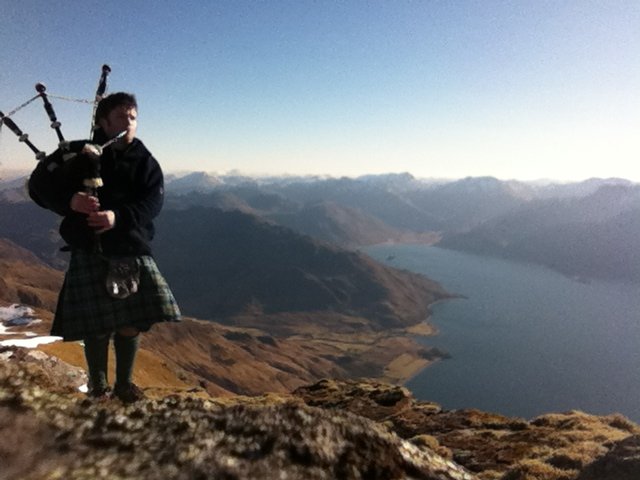 Just shy of the top I met an older couple on their way down. It is nice on the hill meeting people, as you instantly have that one thing in common to talk about. They laughed at Simba, as she was lying down while I talked.

The summit was, as always, spectacular! Not a cloud in the sky, and you could see for miles. I was able to find a good camera spot, and play my pipes looking over Loch Hourn and Arnisdale. It seems strange, that even though I was only at the start of my Munro bagpiping experience, and though I will probably play with better back grounds, and better quality of piping, today was personally the most emotional top I could do. So many memories flooding back, and as I looked down on the village, I felt a sense of pride that I am part of such a history. 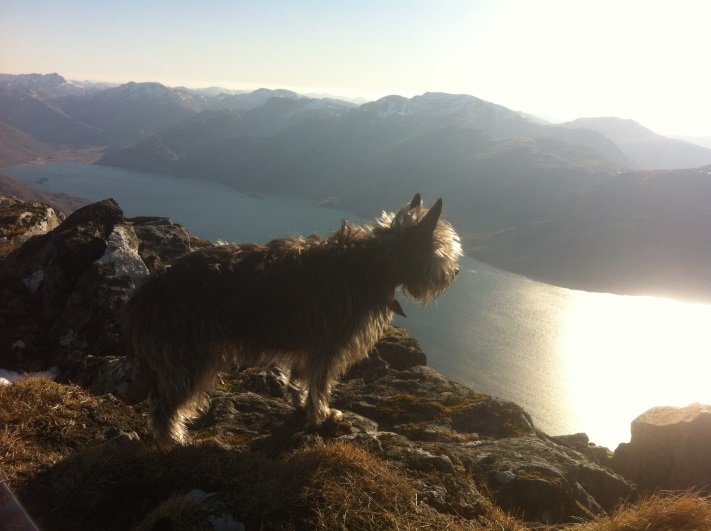 Simba must have seen a rabbit at the bottom